The basic underlying theme of the 2015 GSV Ed Innovation conference is “more is more.” There were more people, more presentations, more deal-making, more celebrities…more of everything, really. If you previously thought that the conference and the deal-making behind it was awesome, you would probably find this year to be awesomer. If you thought it was gross, you would probably think this year was grosser. Overall, it has gotten so big that there is just too much to wrap your head around. I really don’t know how to summarize the conference.

But I can give some observations and impressions.

More dumb money: Let’s start with a basic fact: There is more money coming into the market. 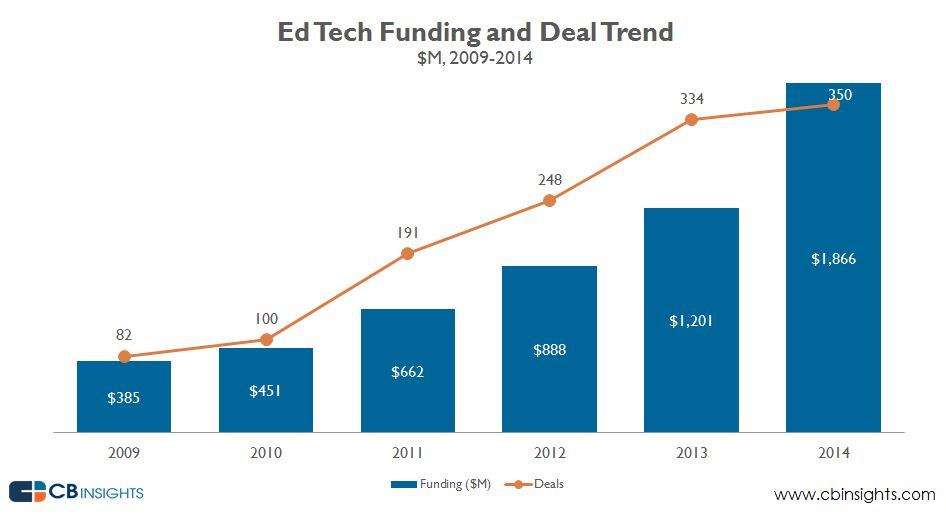 If there is more total money coming in, then it stands to reason that there is also more dumb money coming in. I definitely saw plenty of stupid products that were funded, acquired, and/or breathlessly covered. While it wasn’t directly conference-related, I found it apropos that Boundless was acquired right around the time of the conference. I have made my opinions about Boundless clear before. I have no opinion about Valore’s decision to acquire them, in large part because I don’t know the important details. It might make sense for a company like Valore to acquire Boundless for their platform—if the price is right. But this doesn’t appear to be a triumph for Boundless or their investors. To the contrary, it smells like a bailout of Boundless’ investors to me, although I admit that have no evidence to prove that. If the company were doing so awesomely, then I don’t think the investors would have sold at this point. (Boundless, in typical Boundless fashion, characterizes the transaction as a “merger” rather than an “acquisition.” #Winning.) Of course, you wouldn’t know that this is anything less than the total takeover of education from the breathless press coverage. Xconomy asks whether the combined company will be the “Netflix of educational publishing.”

So yeah, there’s plenty of dumb money funding dumb companies, aided and abetted by dumb press coverage. But is there proportionally more dumb money, or is there just more dumb money in absolute terms as part of the overall increase in investment? This is an important question, because it is a strong indicator of whether the idiocy is just part of what comes when an immature industry grows or whether we are in a bubble. This particular kind of market analysis is somewhat outside my wheelhouse, but my sense, based on my fragmented experience of the conference added to other recent experiences and observations, is that it’s a bit of both. Parts of the market have clearly gotten ahead of themselves, but there also are some real businesses emerging. Unsurprisingly, some of the biggest successes are not the ones that are out to “disrupt” education. Apparently the ed tech company that got the most money last year was Lynda.com which, in addition to being a good bet, doesn’t really compete head-on with colleges (and, in fact, sells to schools). Phil has written a fair bit about 2U; that company only exists because they have been able to get high-end schools to trust them with their prestige brands. This brings me to my next observation:

More smart money: 2U is a good example of a company that, if you had described it to me in advance, I probably would have told you that it never could work. The companies that do well are likely to be the ones that either figure out an angle that few people see coming or execute extremely well (or, in 2U’s case, both).1 2U is also one of very few ed tech that have made it to a successful IPO (although there are more that have been successfully sold to a textbook publisher, LMS vendor, or other large company). I am seeing more genuinely interesting companies getting funding and recognition. Three recent examples: Lumen Learning getting angel funding, Acrobatiq winning the ASU-GSV Return on Education Award, and Civitas closing Series C funding a couple of months ago. I also had more interesting and fewer eye-rolling conversations at the conference this year than in past years. Part of that is because my filters are getting better, but I also think that the median educational IQ of the conference attendees has risen a bit as at least some of the players learn from experience.

Textbooks are dead, dead, dead: McGraw Hill Education CEO David Levin was compelled to start his talk by saying, essentially, “Yeah yeah yeah, everybody hates textbooks and they are dying as a viable business. We get it. We’re going to have all digital products for much less money than the paper textbooks very soon, and students will be able to order the paper books for a nominal fee.” He then went on to announce a new platform where educators can develop their own content.

I saw Mark Cuban: He has noticeably impressive pecs. Also,

Arizona is nicer than Massachusetts in early April.