You are here: Home / Ed Tech / What Does Unizin Mean for Digital Learning?
Listen

Speaking of underpants gnomes sales pitches, Phil and I spent a fair amount of time hearing about Unizin at the ELI conference. Much of that time was spent hearing friends that I know, trust, and respect talk about the project. At length, in some cases. On the one hand, it is remarkable that, after these long conversations, I am not much clearer on the purpose of Unizin than I was the week before. On the other hand, being reminded that some of my friends really believe in this thing helped me refill my reservoir of patience for the project, which had frankly run dry.

Alas, that reservoir was largely drained away again during a Unizin presentation with the same title as this blog post. I went there expecting the presenters to answer that question for the audience.

The main presentation was given by Anastasia Morrone of IUPUI, was probably the most straightforward and least hype-filled presentation about Unizin that I have heard so far. It was also short. Just when I was warming to it and figuring we’d get to the real meat, her last slide came up:

Split into groups of 5-7 people and discuss the following:

How can faculty, teaching center consultants, and learning technologists contribute to best practices with the evolving Unizin services?

That’s right. They wanted us to tell them what Unizin means for digital learning. That might have been a good question to ask before they committed to spend a million dollars each on the initiative.

I joined one of the groups, resolving to try as hard as I could to keep my tongue in check and be constructive (or, at least, silent) for as long as I could. The very first comment in my group—not by me, I swear—was, “Before I can contribute, can somebody please explain to me what Unizin is?” It didn’t get any better from there. At the end of the breakout session, our group’s official answer was essentially, “Yeah, we don’t have any suggestions to contribute, so we’re hoping the other groups come up with something.” None of them did, really. The closest they came were a couple of vague comments on inclusive governance. I understand from a participant in one of the other groups that they simply refused to even try to answer the question. It was brutal.

Still, in the spirit of the good intentions behind their request for collaborative input, I will list here some possible ways in which Unizin could provide value, in descending order of credibility.

I’ll start with the moderately credible:

Would all of this amount to a significant contribution to digital learning, as the title of the ELI presentation seems to ask? Maybe! It depends on what happens in those last two bullet points. But the rollout of the program so far does not inspire confidence that the Unizin leadership knows how to facilitate the necessary kind of community-building. Quite the opposite, in fact. Furthermore, the software has only ancillary value in those areas, and yet it seems to be what Unizin leaders want to talk about 90%+ of the time.

Would these benefits justify a million-dollar price tag? That’s a different question. I’m skeptical, but a lot depends on specific inter-institutional intentions that are not public. A degree program has a monetary value to a university, and some universities can monetize the value better than others depending on which market they can access with significant degrees of penetration. Throw in the dollar savings on group contracting, and you can have a relatively hard number for the value of the coalition to a member. I know that a lot of university folk hate to think like that, but it seems to be the most credible way to add the value of these benefits up and get to a million dollars.

Let’s see if we can sweeten the pot by adding in the unclear or somewhat dubious but not entirely absurd benefits that some Unizin folk have claimed:

Don’t get me wrong; I believe that both of the goals articulated above are laudable and potentially credible. But Unizin hasn’t really made the case yet.

Instead, at least some of the Unizin leaders have made claims that are either nonsensical (in that they don’t seem to actually mean anything in the real world) or absurd:

I want to believe that my friends, who I respect, believe in Unizin because they see a clear justification for it. I want to believe that these schools are going to collectively invest $10 million or more doing something that makes sense and will improve education. But I need more than what I’m getting to be convinced. It can’t be the case that the people not in the inner circle have to convince themselves of the benefit of Unizin. One of my friends inside the Unizin coalition said to me, “You know, a lot of big institutions are signing on. More and more.” I replied, “That means that either something very good is happening or something very bad is happening.” Given the utter disaster that was the ELI session, I’m afraid that I continue to lean in the direction of badness. 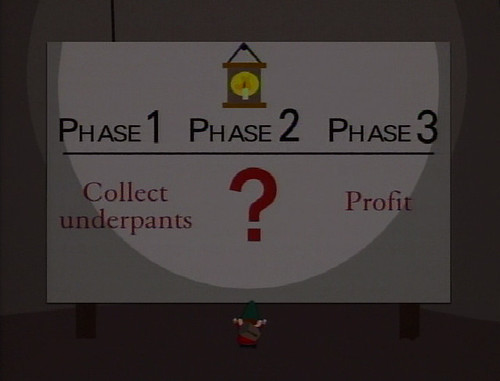