At today’s Learning Analytics and Knowledge 2015 conference (#LAK15), Charles Severance (aka Dr. Chuck) gave the morning keynote organized around the theme of going back in time to see what people (myself and Richard Katz primarily) were forecasting for education. By looking at the reality of 2015, we can see which forecasts were on track and which were not. I like this concept, as it is useful to go back and see what we got right and wrong, so this post is meant to provide some additional context particularly for LMS market. Chuck’s keynote also gives cover for doing so without seeming too self-absorbed.

But enough about me. What do you think about me?

I use the term forecast since I tend to describe patterns and trends and then try to describe the implications. This is different than the Katz video which aimed to make specific predictions as a thought-provoking device.

I introduced the LMS squid diagram in 2008 as a tool to help people see the LMS market holistically rather than focusing on detailed features. Too much of campus evaluations then (and even now) missed the big picture that there were only a handful of vendors and some significant market dynamics at play.

A 2009 presentation, by the way, was the basis for Michael and me connecting for the first time. Bromance.

In early 2011 I wrote a post on Visigoths at the LMS Gates, noting:

I am less inclined to rely on straight-line projections of market data to look ahead, and am more inclined to think the market changes we are seeing are driven by outside forces with potentially nonlinear effects. Rome may have been weakened from within, but when real change happened, the Visigoths made it happen. [snip]

Today, there is a flood of new money into the educational technology market. In addition to the potential acquisition of Blackboard, Instructure just raised $8M in venture funding and vying for the role of Alaric in their marketing position, Pearson has been heavily investing in Learning Studio (eCollege for you old-timers), and Moodlerooms raised $7+M in venture funding. Publishing companies, ERP vendors, private equity, venture funding – these are major disruptive forces. And there is still significant moves being made by technology companies such as Google.

In August I started blogging at e-Literate with this post on Emerging Trends in LMS / Ed Tech Market. The trends I described (summary here, see post for full description):

From my viewpoint in 2011, the market has essentially moved beyond Blackboard as the dominant player driving most of the market dynamics. 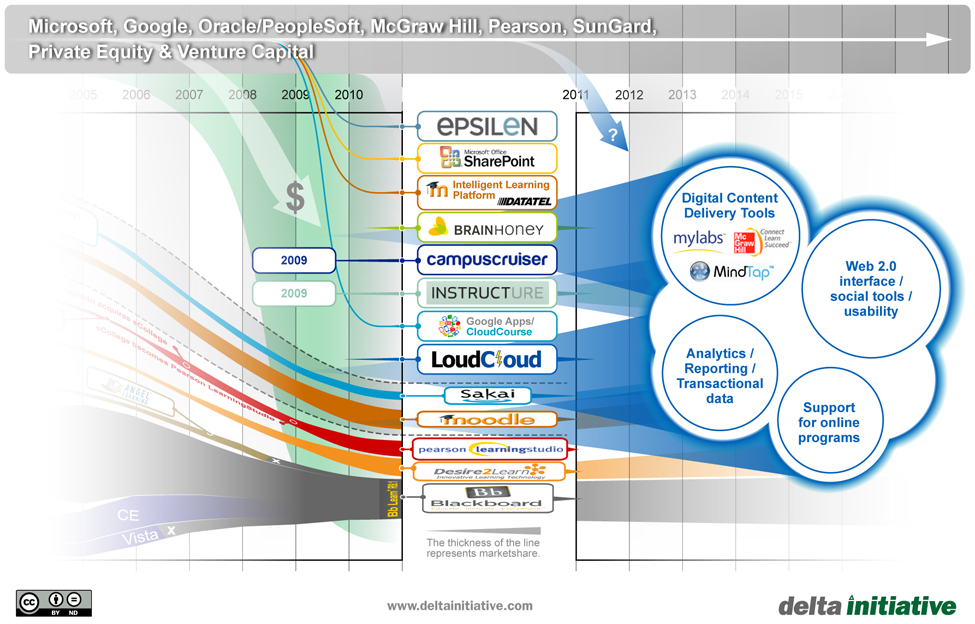 Looking back at the 2011 posts, I would note the following:

In early 2012 I had a post Farewell to the Enterprise LMS, Greetings to the Learning Platform that formed the basis of the forecasts Chuck commented on in the LAK15 keynote.

In my opinion, when we look back on market changes, 2011 will stand out as the year when the LMS market passed the point of no return and changed forever. What we are now seeing are some real signs of what the future market will look like, and the actual definition of the market is changing. We are going from an enterprise LMS market to a learning platform market.

In a second post I defined the characteristics of a Learning Platform (or what I meant by the term):

Going back to the Farewell post, the forecast was:

Another trend that is becoming apparent is that many of the new offerings are not attempting to fully replace the legacy LMS, at least all at once. Rather than competing with all of the possible features that are typical in enterprise LMS solutions, the new platforms appear to target specific institutional problems and offer only the features needed. Perhaps inspired by Apple’s success in offering elegant solutions at the expense of offering all the features, or perhaps inspired by Clayton Christensen’s disruptive innovation model, the new learning platform providers are perfectly willing to say ‘no – we just don’t offer this feature or that feature’.

Looking back at the 2012 posts, I would note the following: 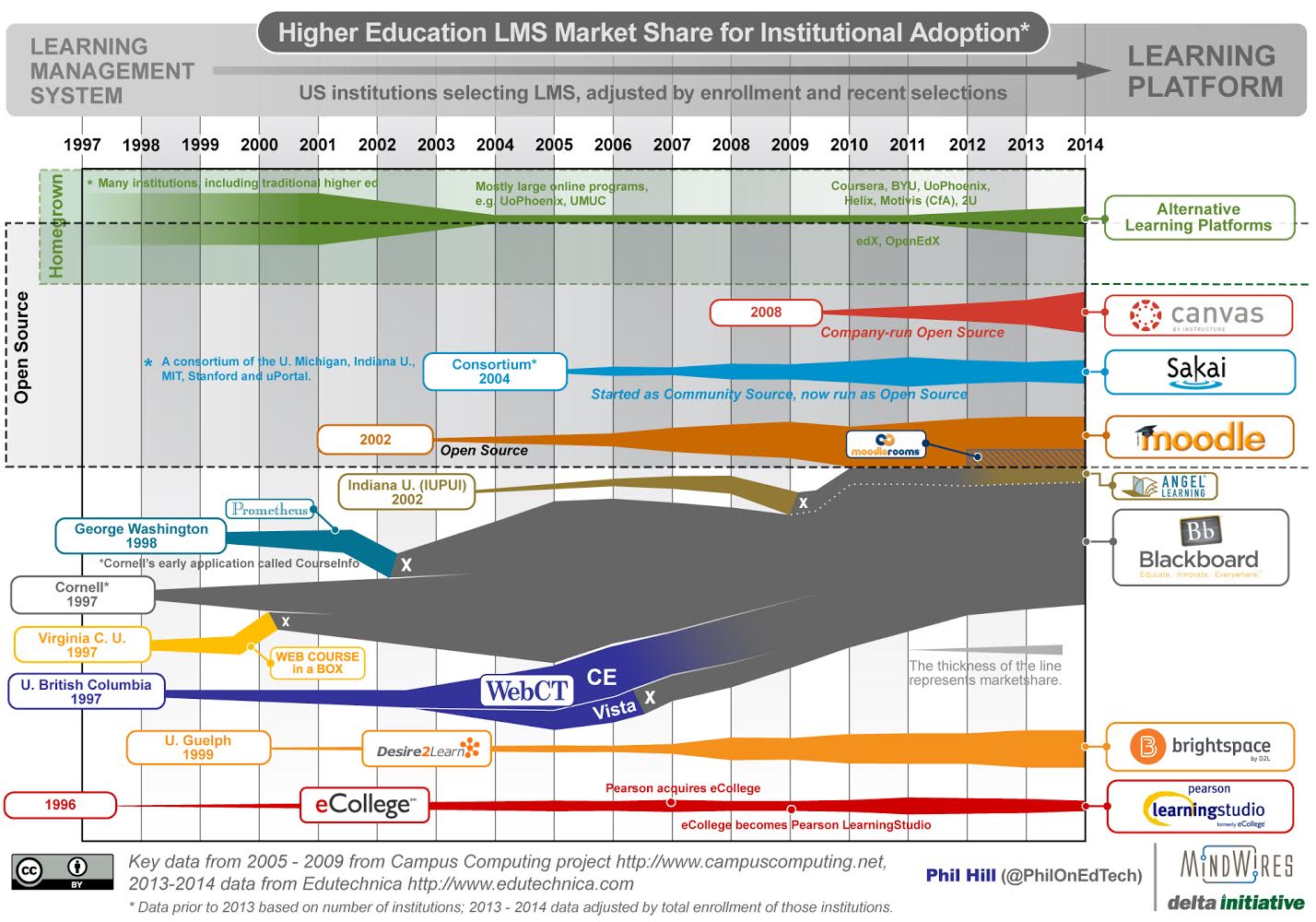 Thanks to Chuck, this has been informative (to me, at least) to go back and review forecasts and see what I got right and what I got wrong. Chuck’s general point on my forecasts seem to be that I am over-emphasizing the emergence of learning platforms at least as a distinct category from enterprise LMS, and that we’re still seeing LMS market although with changed internals (fewer features, more interoperability). I don’t disagree with this point (if I am summarizing accurately). However, if you read the actual forecasts above, I don’t think Chuck and I are too far apart. I may be more optimistic than he is and need to clarify my terminology somewhat, but we’re in the same ball park.

Now let’s turn the tables. My main critique with Dr. Chuck’s keynote is that he just didn’t commit on the song. We know he is willing to boldly sing, after all (skip ahead to 1:29).